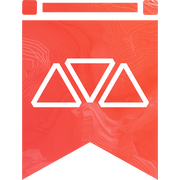 The Freelancers are a renowned faction of brave warriors responsible for safeguarding humanity and exploring the perilous lands beyond Fort Tarsis. They face forces plotting to conquer humanity head-on, and are also the primary means by which resources are gathered for the Fort Tarsis populace. For their valiant efforts, they are revered as heroes behind the wall. Javelin exosuits act as Freelancers' primary means of offense and protection while on expeditions, empowering them with several superhuman capabilities.

During the darkest chapter of human history, the Legion of Dawn led humanity through the tumultuous time as heroes, fulfilling duties much like those of the Freelancers. In time, a group splintered off from the Legion and became a separate faction, to which the Freelancers owe their beginning.[1]

The Freelancers have an ancient enemy in the Dominion, whom they oppose to this day.[2]